A Signature Piece of Florida History

CONSERVING AN AUTOGRAPH ALBUM OF WAR CORRESPONDENTS AND ARTISTS,  SIGNATURES AND SKETCHES

It is 1898. You’ve arrived via rail at the luxurious Tampa Bay Hotel. But this is not the height of the winter social season. This is Central Florida in the middle of July and the beginning of the Spanish-American War. The 150-acre resort is not awash with debutants, but rather members of the Red Cross and Salvation Army. Soldiers perform drills at the racetrack. Army tents pepper the hunting grounds. Rocking on the immense screened porches are Army Generals, foreign attachés, and listless war correspondents. And an autograph book passes between the war correspondents and artists.

Well over a hundred years later, that autograph album was brought to the NEDCC Book Conservation Lab for treatment by the Henry B. Plant Museum, a City of Tampa property leased to the University of Tampa. It is among the objects that tell the story of this period of Floridian and American history, and are on view in the Stop the Presses! Fake News and the War of 1898 exhibit - on view through December 23, 2022 at the Plant Museum. 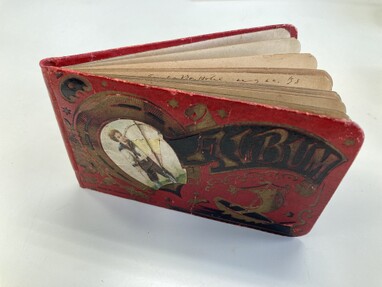 The diminutive album is visually impactful, a vibrant red but only the size of a smartphone. It fits perfectly in the palm of a hand. The embossed faux chinois design is stamped in black and gold. It depicts both a small sailboat and a large horseshoe that frames a pastel inset image of a boy with a kite. It is titled ALBUM and stamped MADE IN GERMANY. There are about 30 pages of color-alternating stiff kraft paper. Most entries are an autograph, sometimes even two, with the name and location of a newspaper or publication. A great deal of personality is revealed in each person’s signature. Revealing even more about occasional individuals are the small pen and ink portrait sketches. Near the end of the volume is a sketch of a soldier on horseback.

The printed paper cover was dirty, worn, and abraded. The joints were partially broken and there was a small loss on the spine. The text block consisted of a double gathering of machine-made paper which had been stapled through the fold. The staples had rusted and stained the paper. Entries were in various manuscript inks and graphite pencil. The paper was discolored and extremely brittle. Some pages had cracked along the spine edge and were loose within the volume. It did not open well and would have been difficult to exhibit safely. 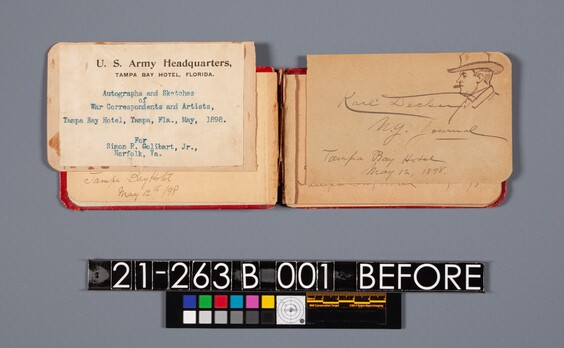 The textblock was removed from the case and the staples removed.

Unusual but also fortunate, the pastedowns on the inside cover were not well adhered. This allowed for their complete removal.

It also revealed the German binder’s waste paper. Notice the words Juli (July), Mittwoch (Wednesday) and Dienstag (Tuesday). Bookbinders often used scraps of discarded paper for spine linings. In this instance, the waste paper was used to stabilize the case’s front and back board position before the decorative paper cover was added. It is oriented with the text upside down, but since it would never be seen, orienting was never a concern.

While disbound, the brittle pages were nonaqueously alkalized (deacidified) with a suspension of magnesium oxide particles in a perfluoro compound (bookkeeper) to slow further deterioration. This was done in advance so that the compound would not prevent the mends from adhering.

It proved advantageous to have the pastedowns separate from the case. It facilitated realigning them to their fractured stubs, conjugate leaves, on the textblock. It also accommodated adding an airplane cotton extended spine lining. The volume was sewn onto an airplane cotton lining with linen thread. The holes made by the original, now rusted, staples were reused. This is more secure than relying on the brittle stapes and weak paper for attachment. 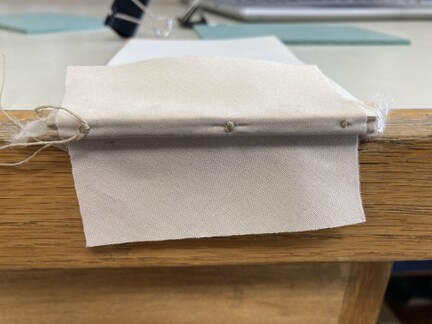 With the case treated and textblock rebuilt, it was time to reconnect the separate halves. The cotton lining was carefully positioned inside the cover and adhered to the inside boards. Only after that alignment was accurate and secure, the pastedowns adhered back into their original locations. The volume was housed in a custom-fitted archival box. 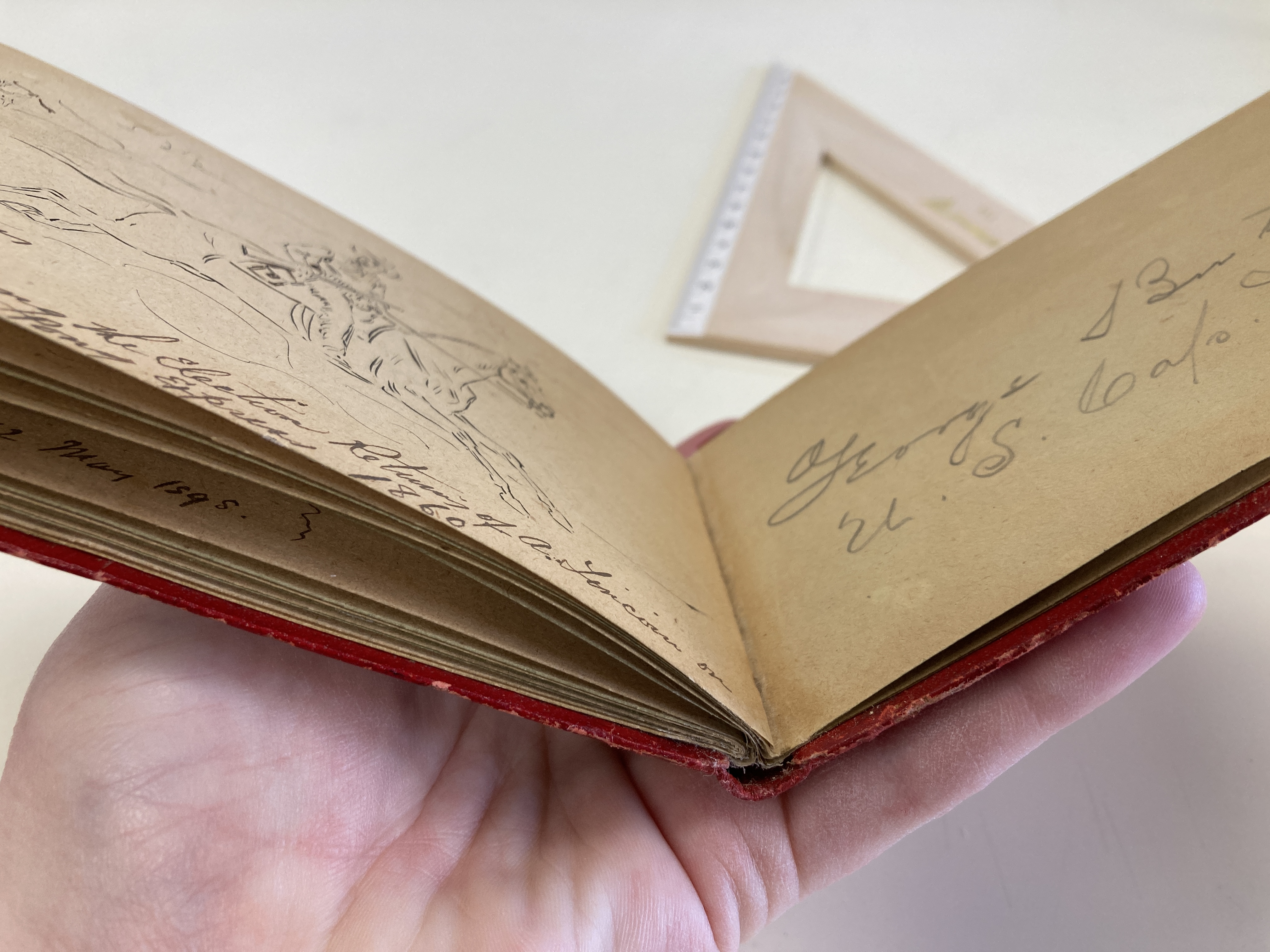 In service of its mission, the Henry B. Plant Museum seeks the treatment of objects for safe and impactful exhibition. NEDCC is grateful to collaborate with the Museum staff as they seek to interpret the experiences of the diverse individuals who made the hotel and, by extension early Florida tourism, a success. This brittle signature and sketch album illustrates a fragile moment in history when geopolitics visited the Tampa Bay Hotel.