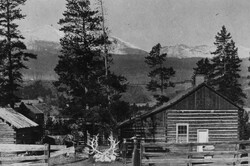 housed Edwin Carter's collections of fauna in the 1860's. The collection became the Colorado Museum of Natural History in 1900, and grew to include scientific disciplines focusing on anthropology, earth sciences, health sciences, space sciences, zoology, and the Rocky Mountain West. Today, the DMNS continues to evolve, expanding in both size and breadth of activities, as their exhibits, programs, research, and collections continue to offer opportunities for 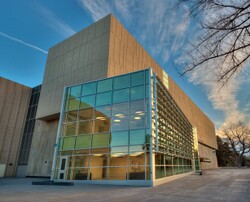 The Museum's mission is to: 'Be a catalyst! Ignite the community's passion for nature and science.' Staff from both the Avenir Conservation Center and the Bailey Library and Archives work to support curatorial and exhibits staff in planning and implementing exhibitions and public programming. 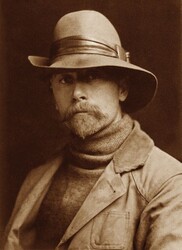 native peoples of North America at the turn of the 20th century. Known by some tribes as "Shadow Catcher," Curtis personally visited eighty tribes and captured a unique photographic record of the tribes' traditional way of life. Plans were in motion to print 500 copies of the 20-volume set, but funds ran out and only about 300 sets were printed between 1907 and 1930. The publication fell into near-obscurity until the early 1970's, when a collection of the prints and original copper plates were discovered in a bookstore in Boston. The resulting published images sparked renewed 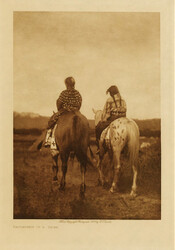 interest in Curtis' work and The North American Indian was recognized as a unique and powerful testament to the tribes and their cultures.

Curtis' methods of photographic documentation have been the topic of controversy by scholars over the years, some suggesting that his settings and poses were often contrived. But there is no doubt that the resulting images of the tribes, their customs, and their landscapes resonate with the beauty and dignity of the people they document. Curtis accompanied his photographic documentation with copious notes on the culture and traditions of each tribe, and also recorded their native languages on wax cylinders.

Curtis Volumes Prioritized for Conservation
Original volumes of The North American Indian set are extremely rare, because of the limited number of copies printed, the high quality paper, the exquisite plates, and the years that passed before they were re-discovered by the public. Not only are they rare – they are now valuable. A complete set of The North American Indian has recently sold for as much as $2.8 million. When the Bailey Library staff discovered that they had two volumes, (Vol. 3 – the Teton Sioux, Yanktonai, and Assiniboin; and Vol. 12 – The Hopi) they added them to their list of collections prioritized for conservation treatment. "Realizing that these books were among the top three volumes of value in our collection," says Brent Wagner, Librarian and Chair of the Museum's Bailey Library and Archives, "we wanted to be sure that their condition matched their importance to the museum."

The volumes were  in need of conservation treatment as they had damage that made access problematic. The half-leather and cloth bindings on both volumes were worn and deteriorated, and the bindings were detached from the text blocks. Each plate had a protective interleaving sheet, but many of these were yellowed and creased. The pages were 'oversewn' which resulted in restricted opening which can cause further damage over time.

After conferring with conservator Jude Southward, the Museum's Avenir Conservation Center Chair, it was decided to bring the books to NEDCC for conservation treatment, given the Center's 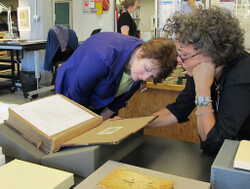 experience in completing challenging treatments for significant book and paper collections. The conservation project was funded through the Library's annual book buying budget and with support from the Susan Grant Raymond Fund and the Phipps Anthropological Fund. Jude Southward hand-carried the volumes on a flight from Denver to Boston, and delivered them to NEDCC in person. Director of Book Conservation Mary Patrick Bogan met with Jude Southward to discuss goals for the project and to outline treatment options for the volumes. 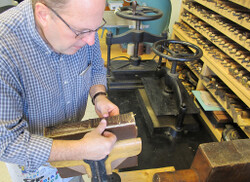 To stabilize the volumes, conservation treatment included surface cleaning, mending tears with Japanese paper, reinforcing the sewing and repairing the original binding by rebacking with airplane linen and toned Japanese paper. Custom phase boxes were constructed to the exact dimensions of the volumes, providing long-term stability during storage. The conserved volumes made the return trip by air in the company of Librarian Brent Wagner, who received a behind-the-scenes tour of NEDCC's facilities while at the Center to pick up the books.

Conserved Curtis Volumes
The two volumes are rare artifacts that enhance the collections at the Denver Museum of Nature & Science. "Yes, they are available online," says Brent Wagner, "but nothing compares to seeing, touching, and smelling the real thing while reading." Researchers with a legitimate need to view the originals may do so, by appointment.

The Museum's Bailey Library and Archives exhibited the Curtis volumes at an event in August 2016, and digital versions of the volumes and the plates are available at the Northwestern University Library.

LEARN MORE about the Denver Museum of Nature & Science, the Bailey Library and Archives, and the Avenir Collections Center.

Story and photos by Julie Martin NEDCC, with assistance from Brent Wagner, Librarian and Chair of the Bailey Library and Archives, and Jude Southward, Avenir Conservation Center Chair. Thanks to NEDCC's MP Bogan and Todd Pattison for conservation treatment details. 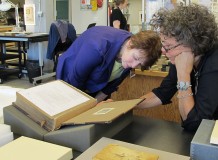 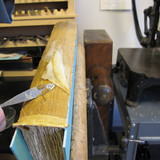 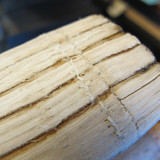 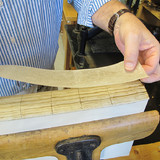 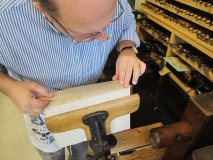 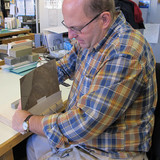 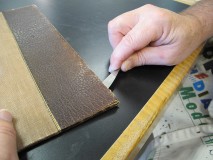 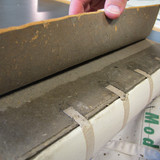 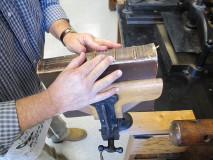 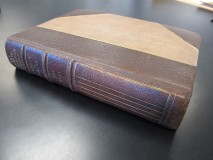 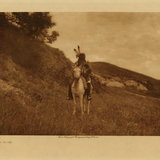 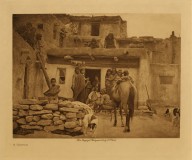 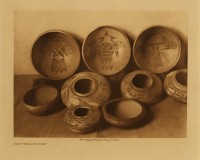 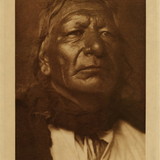 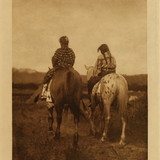