NEDCC’s 2015-2016 Kress Conservation Fellow in Asian Paintings is Amy Chen, a graduate of Tainan National University of the Arts, where she earned an MA in Restoration of Letters, Cultural Relics, and Eastern Paintings. Amy’s home is in Taipei, Taiwan, and she has been at NEDCC for the year-long fellowship since October 2015. The Conservation Fellowship is made possible by the Samuel H. Kress Foundation and administered by the Foundation of the American Institute for Conservation (FAIC).

NEDCC and the Nisho Conservation Studio (NCS) in Washington DC have partnered to provide quality care and professional conservation treatment of Japanese, Chinese, and Korean art. The partnership has made NEDCC and Nishio Conservation Studio an ideal training opportunity for conservators specializing in Asian Art. Traditional techniques and craftsmanship are combined with modern scientific analysis and conservation procedures to merge Asian aesthetics with Western technology while conforming to the ethics and standards of practice of the American Institute for Conservation (AIC).

Amy Chen's fellowship training provides an advanced level of expertise in the field of Asian Painting Conservation, and helps develop judgement and flexibility in treating a variety of objects and artifacts in all media on paper, including Asian scrolls (kakejiku), screen (byobu), prints (ukiyo-e) and Japanese or Chinese bound volumes. 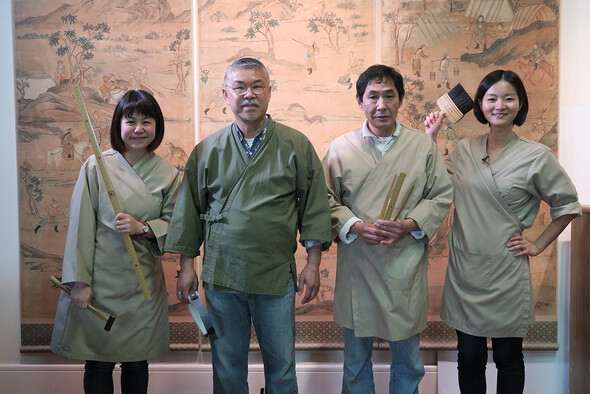 As part of the fellowship, Amy has just returned from a two-month training at the Nishio Conservation Studio, where she gained hands-on experience under the supervision of NCS President and Senior Conservator Yoshi Nishio, Senior Conservator Kyoichi Itoh, and Assistant Conservators Pei-Ching Liu and Shu-Han Chang.

One of the objects on which Amy worked during the fellowship training at Nishio Studios was a six-panel Japanese folding screen, which was in fragile condition. Treatment included removing the painting from the wooden structure, dry cleaning and consolidating flaking paints, and using float washing to clean the painting. 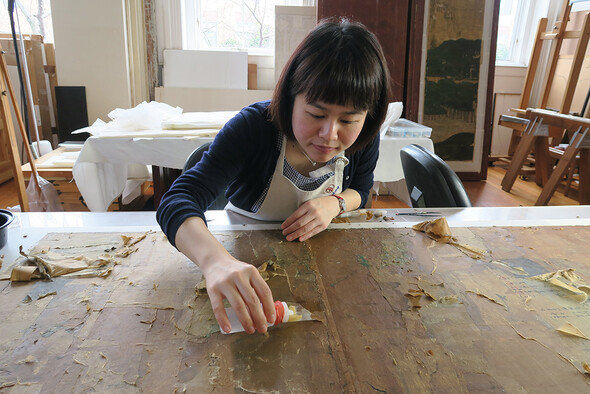 After washing, the many layers of backing paper were removed. 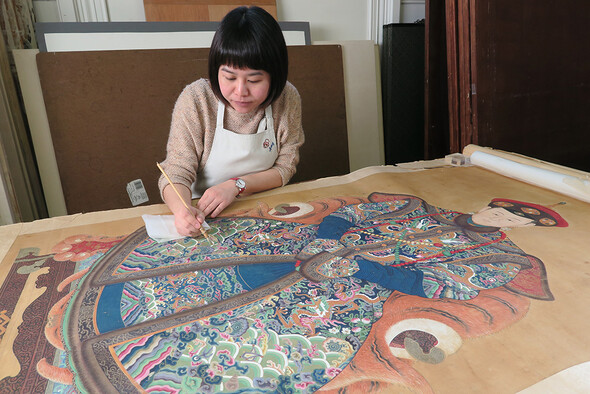 Practicing consolidation of flaking pigment on an ancestral Chinese painting. 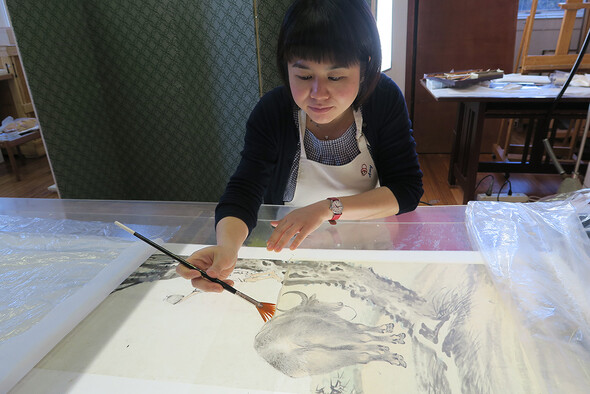 Amy enjoyed learning how to handle the different brushes and papers, and practicing new conservation techniques.

Commenting on the value of the training at Nishio studios, Amy says: “I gained a lot of experience during the two months training in Washington DC. I feel very grateful and privileged to learn such a specialized skill, and to have been taught by such talented conservators, as well as my senior classmates from Taiwan. I have learned not only the traditional Japanese techniques, craftsmanship, and aesthetics, but also the respectful approach that Mr. Nishio and Mr. Itoh exhibited toward each object during the conservation procedure.”

Amy Chen’s Kress Conservation Fellowship also allows her to work side-by-side with NEDCC conservators in the Center’s Paper Conservation Laboratory, and to gain experience working with a variety of collection materials. She assisted with the Center’s recent week-long workshop on the Construction and Use of Karibari Drying Boards, which was funded by the Foundation of the American Institute for Conservation (FAIC.)  The workshop was the first in a series of three workshops at NEDCC on conservation of Asian Art. 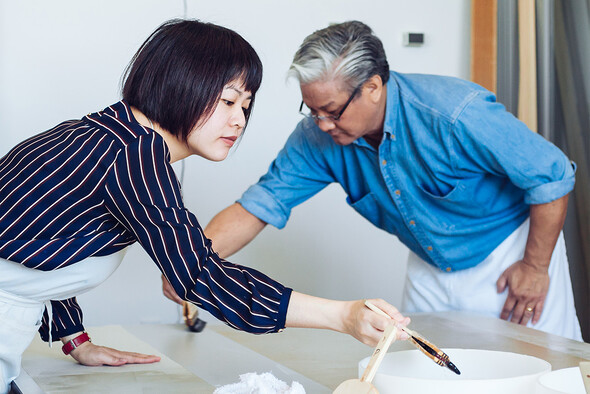