Frogs and Jazz: A Story on Recording Speeds

Audio recordings can happen anywhere – from a dorm room rig to Abbey Road professional studios. Recordings that happen outside of controlled environments are called field recordings. Field recordings require special consideration and attention for preservation, especially digital reformatting. Such is the case with a tape collection recorded in the 1970s by renowned jazz musician and founder of the Vermont Jazz Center, Attila Zoller. 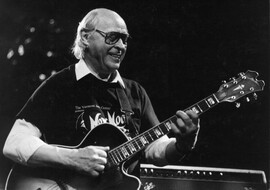 In 2019, the Vermont Jazz Center brought 85 open reel tapes and 57 compact cassettes to the Northeast Document Conservation Center (NEDCC). The tape collection provides a great example of Attila’s musical expression and experimentation in the 1970s, but it also serves as a great example of recording variability and the unique preservation challenges often seen with recording speed.

THE MAGNETIC ERA: FIELD RECORDING IN THE 1970s

For context, the sound captured on magnetic tape can easily be manipulated in ways that were simply impossible with disc recordings of the preceding generation. One such manipulation included recording speed. The faster the tape speed, the higher the fidelity, but less recording time. The slower the recording speed, the worse the audio quality, but more recording time. This fueled experimentation with sound complexity and most recordists would reuse tapes. One single tape could have multiple recordings, adding to the combination of factors to consider for sound quality.

In general, field recordings are made to document a particular event rather than to make a recording for commercial release. In Zoller’s case, he used ¼” open reel tapes and compact cassettes to record everything from live performances to conversations and natural soundscapes. Open reel tapes, in particular, are a very flexible format that can be recorded at six different speeds with three common track configurations and in two directions.  The combination of these factors can also change throughout the length of a tape, which requires attentive listening and adjustment during playback.

THE INCHES PER SECOND OF A FULLY-ATTENDED TRANSFER

Audio engineers at NEDCC perform audio preservation in accordance with the Association for Recorded Sound Collections (ARSC) Guide to Audio Preservation. This sets a preservation standard that the digital surrogate must match the playback settings of the original item. To achieve this, NEDCC implements fully-attended transfers, which involve listening through the entire recording so that any issues with the digitization can be addressed during the reformatting process. Field recordings, like Attila’s, especially benefit from fully-attended transfers due to the likelihood that the contents were recorded with variable characteristics. 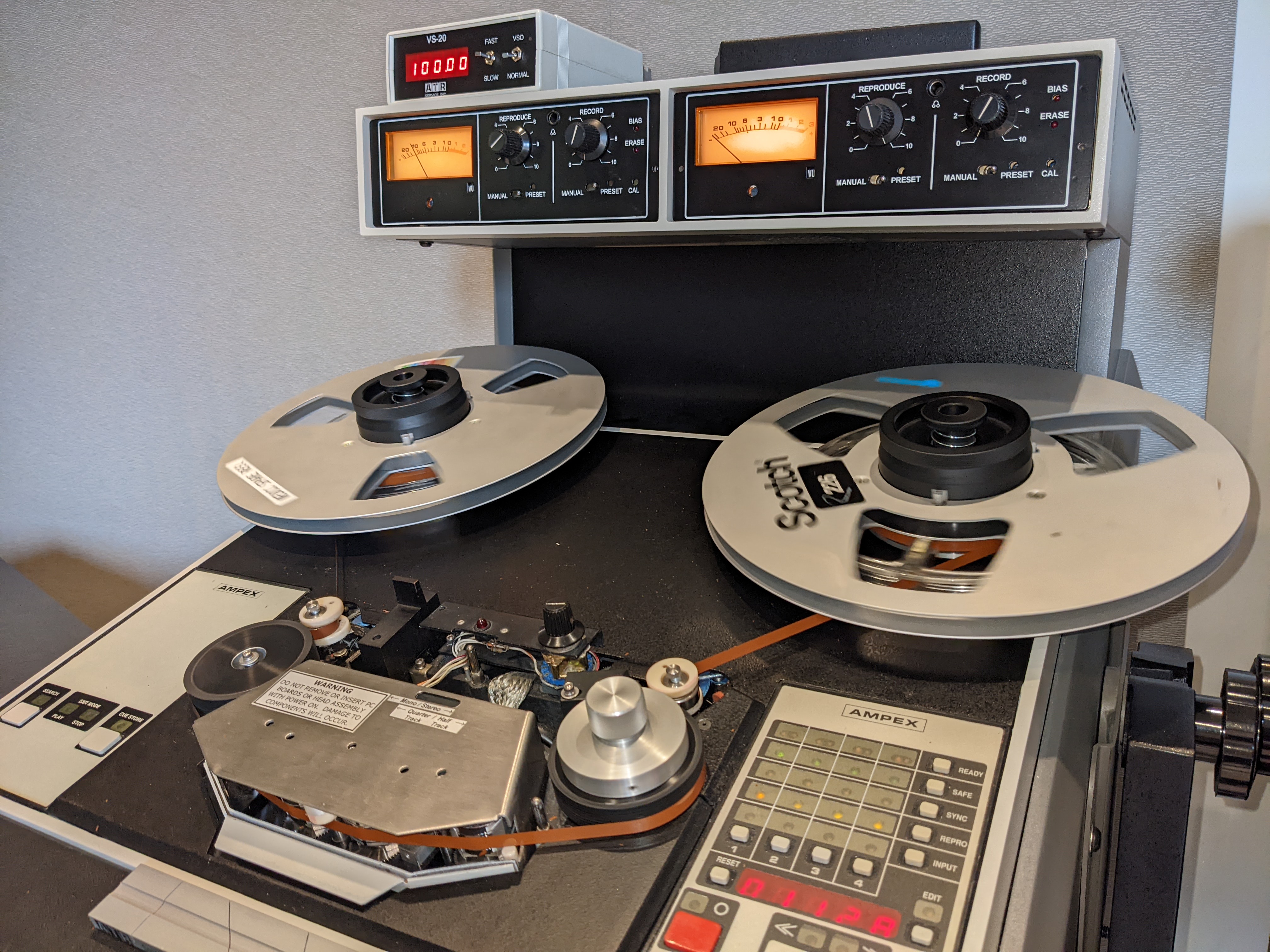 To prepare a tape for digitization, an audio engineer loads the tape onto a playback machine and listens to the beginning. This establishes the direction, track configuration, and playback speed. The fastest standard recording speed is 30 Inches Per Second (IPS) and the slowest is 15/16IPS. Most of Attila’s tapes were recordings of music at 30IPS, and it is usually easy to determine if the speed is too fast because the audio sounds like chipmunks. And if the audio is too slow, it sounds like dinosaurs.

One tape in the collection did not begin with music, or at least not the usual jazz combination. By forwarding to a later section of the tape with music, it was easy to determine that the playback speed was at the slowest standard speed, 15/16IPS. (Listen below)

Then, rewinding the tape back to the beginning and transferring at 15/16IPS. This is what was heard:

Again, the general rule of thumb for magnetic recordings is the faster the tape speed, the higher the fidelity, but less recording time. And the slower the speed, the more time you have to record the audio, but the worse the audio quality will be. Perhaps Attila was experimenting. Personally, I think it’s really cool! It’s dark, mysterious, and intriguing. The sounds continued for a while and then the jazz combo started.

As you heard, the jazz combo audio is clearly at the correct speed, and it continues throughout the length of the tape. But something about the “experimental” beginning section didn’t quite make sense and I investigated by adjusting the digital file. I sped the sped up from 15/16IPS to 1 7/8IPS – still nothing definitive. Then from 1 7/8IPS to 3 3/4IPS – nothing. Then from 3 3/4IPS to 7 1/2IPS – and that is when this sound graced the studio:

I recognized that sound! It’s actually one of my favorite sounds – spring peeper frogs! How cool is that? And how unexpected? If there’s a speed change on a tape, it’s usually up or down one step, but, this audio was recorded three times faster than the rest of the tape. Here's what the middle of the tape–the jazz combo–would sound like if the speed change was applied to the whole tape:

How do the audio engineers track all the changes in playback settings throughout a single tape? According to the ARSC guidelines, the digital surrogate must match the playback settings of the original item. It must also be faithful to the original recording in duration, and it must have no evidence of the digitization process. When the recording speed changes, the audio engineer makes an adjustment to the tape deck machine. Making this switch takes time to determine the new settings and the equipment produces a slight noise – an artifact that is introduced into the digital file.

To account for these artifacts NEDCC employs a specialized workflow that includes no evidence of the digitization process, and the technical specifications are in line with preservation best practices (96kHz, 24-bit resolution)*. This editing process is automatically tracked and documented for the client.

At the end of the project, the Vermont Jazz Center received an initial transfer file, documentation of the speed changes, and a preservation master file. The variable recording settings speak to how the recordings were made and the person who made them. Maybe Attila wanted the tape to be played at a slower speed. It is such a cool sound! But by documenting the speed changes and the process of creating the preservation master file, we’ve provided some context for those kinds of questions to be asked as listeners explore the digital collection.