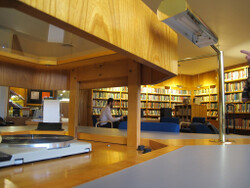 NEDCC’s IRENE system recently recovered rare audio recordings of major poets for the Woodberry Poetry Room at Harvard University. The Woodberry holds over 6,000 recordings on a range of media that span the 20th and 21st centuries. The collection is one of the largest poetry-specific sound archives in the world. 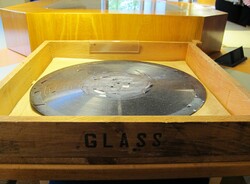 Some of the Woodberry Poetry Room’s audio collections have been digitized and the audio is now available on their website. However, Curator Christina Davis had kept aside the rarest recordings on aluminum or glass-based lacquer discs, several of which were damaged or in advanced stages of delamination. 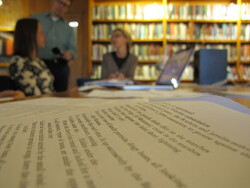 Unwilling to risk damage by transferring the audio with a stylus, Davis kept them safe – though silent.

Then along came IRENE. 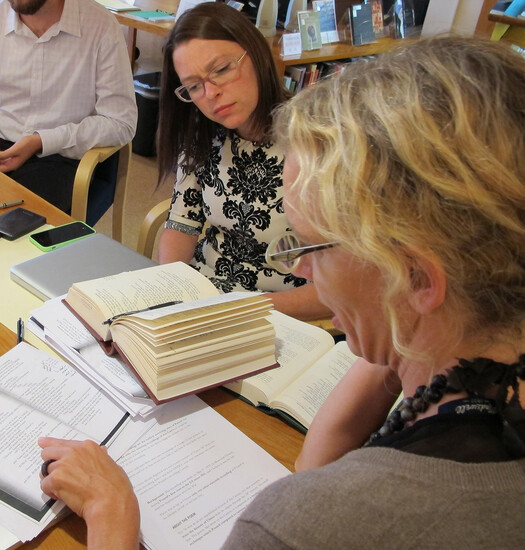 Woodberry Poetry Room Curator Christina Davis and researcher Mary Walker Graham
follow along with texts as they listen to the recovered audio for the first time.