Celebrating the EXPANSION of the Center's Audio Preservation Service

NEDCC underwent a complex construction project when we expanded our Audio Preservation Service to add the capacity to digitize magnetic media (e.g., open-reel tapes, cassettes, etc.) and to perform traditional stylus-based digital transfers of discs.  The work also included relocating the “IRENE” studio, where, since 2014, we have been using a special, optical-scanning technology to safely digitize grooved media such as wax cylinders and lacquer discs without any physical contact.

The fussiest parts of the project were the construction of control rooms that are acoustically engineered to limit ambient noise, and the installation of equipment engineered to produce the most-faithful representation of the recorded sound on the audio carriers. Because NEDCC’s audio preservation engineers perform 100% attended transfers (i.e., one recording at a time) and everything is monitored 100% by ear, a “critical listening” environment is essential to ensuring that the entire recording is accurately preserved without any artifacts of the transfer process.

When the new audio preservation controls rooms were completed, we decided to celebrate in a special way:  NEDCC held a “Listening Party” to allow the conservation, preservation, imaging, and 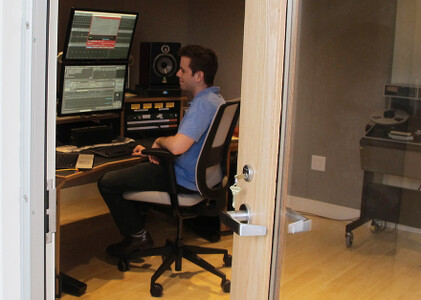 administrative staff to personally experience the quality of the listening environment and accuracy of the audio equipment.

Staff members were invited to schedule a 15-minute session in one of the control rooms and listen to music of their choosing.  Because the equipment is engineered to faithfully reproduce the original audio signal just as the mastering engineer intended, we encouraged staff to bring their music on high-quality formats (e.g., no MP3s).  One by one, over several weeks, staff members could be seen sitting at a control panel, listening intently to a few minutes of their favorite music.

Many people commented on the depth of the sound and how one could hear the tiniest sound in the room where the music was being recorded.  Receptionist Juanita Singh said that “The quality was so pure I felt like I was actually at the live concert.”  Marketing and Public Relations Manager Julie Martin chose Tom Waits’ Take it With Me. “I have heard the song many times, but in the control room I could actually hear the foot pedals of the old 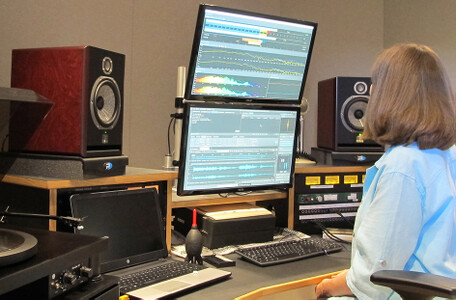 piano, the creak of the piano bench, and the brush of the cloth of his sleeves as he played. And that gravelly voice – like he was right there in the room with us . . .”

Associate Book Conservator Kiyoshi Imai chose a song that had a special meaning for him, “Bud Powell’s Amazing II was lying around in my house when I was about 15 years old. My brother was working for a cabaret band for his income. He was listening to lots of jazz then. I fell in love with this album and listened many times until I practically destroyed it. I had to buy the same album for him to replace it. I was already listening and playing bluegrass music then and this album was my entry to jazz.”

Staff members were encouraged to choose one “Reveal Song,” and the selections that were submitted are now posted on the NEDCC Staff pages.  Have a look – there is an amazing range of musical taste among the NEDCC staff – and we all discovered a few new favorites among one another’s choices.  Then go and download songs from your favorite music source to help support the artists we love! 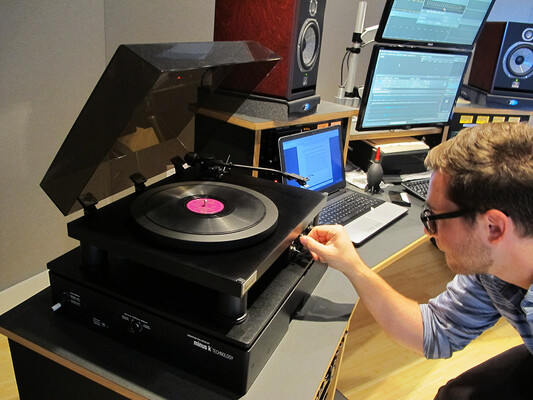