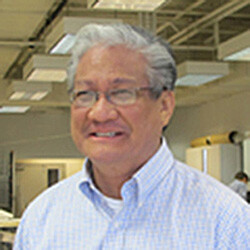 Michael Lee has worked as a professional in the field of paper conservation since 1985. His expertise includes the conservation of works of art on paper, photographic materials, archival documents, and large format objects. He has extensive experience in managing a busy conservation lab, and has performed conservation surveys and onsite evaluations for major institutions throughout the eastern U.S. Michael has lectured on a wide variety of conservation topics. He is a graduate of the Cooperstown Graduate Program in Conservation, and is a Fellow of the American Institute for Conservation (AIC). 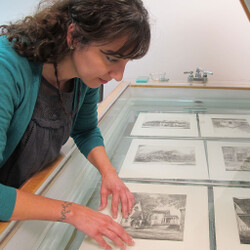 Tahe Zalal has worked in the field of conservation since 1999 and specializes in conservation of works of fine art on paper, rare manuscripts, archival documents, maps, and objects on vellum. She has extensive experience in advising clients on treatment options and in developing proposals. Based from her office in Greensboro, NC, Tahe travels throughout the US, serving as an advocate for preservation and conservation by advising museum, library, and archive professionals on caring for their institutions' collections. She enthusiastically shares her expertise with every kind of organization, from volunteer-run historic sites to large collecting institutions. Tahe earned a BA in Art History from the University of North Carolina at Greensboro and she serves on the board of Preservation Greensboro, and is a Professional Associate of the American Institute for Conservation (AIC). 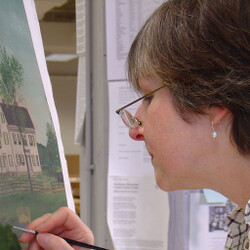 Suzanne Martin Gramly has worked in the field of paper conservation since 1989, specializing in works of art, including Asian art and three-dimensional paper-based objects. She supervises work in the paper conservation laboratory and performs conservation treatments, estimates, and surveys. Suzanne is a Professional Associate of the American Institute for Conservation (AIC). She majored in East Asian Studies at Mount Holyoke College and received her Masters degree and Certificate of Advanced Study in Art Conservation at Buffalo State College. 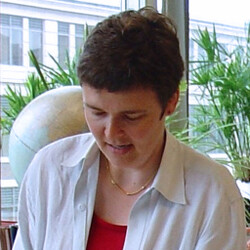 Monique Fischer has specialized in the conservation of photographic materials since 1994. In collaboration with the Image Permanence Institute, she was awarded a Technical Achievement Award from the Academy of Motion Picture Arts and Sciences in 1997 for the development of A-D Strips, a tool that detects deterioration in acetate film. Monique lectures extensively on photograph conservation in the US and abroad, and has been awarded two fellowships by the J. Paul Getty Trust to investigate the longevity of digital output media.  She is a Fellow of the American Institute for Conservation (AIC). Monique received a B.A. in Chemistry from Smith College, and a M.S. in Art Conservation with a concentration in Photographic Materials from the Winterthur / University of Delaware Program. 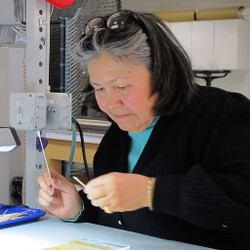 Luana Maekawa has worked in the field of paper conservation for over 30 years, and since 1991 has operated a successful private paper conservation practice in Florence, Italy.  She was a conservation team member from 2015 to 2016 on the “Raphael Project” at the Biblioteca Pinacoteca Ambrosiana in Milan, Italy, providing treatment on Phases I-III on Raphael’s “School of Athens” cartoon (2.74 m X 7.92 m.)  Luana is experienced in the conservation of Asian paintings and wallpapers, including folding screens, Tibetan thangkas, Chinese paintings on paper and silk, and Japanese woodblock prints. Luana has served as guest lecturer on conservation topics at various professional meetings, and has published articles on Japanese paintings, anatomical botany models, and other conservation projects and techniques. She earned a BA in Art History at Rutgers University and studied paper conservation at the Opificio delle Pietre Dure in Florence, Italy. Luana is a Professional Associate of the American Institute for Conservation (AIC) and a member of ICOM. 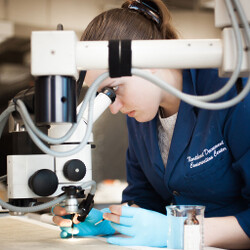 Kathryn Boodle has studied and worked in the conservation field since 2010, beginning as an intern at a private conservation lab in Columbia, SC. She completed student work placements at the National Maritime Museum, the Victoria and Albert Museum, and the Museum of London-Docklands in London, as well as at the Glucksman Conservation Centre, Aberdeen, Scotland.  Kathryn earned her MA in Art Conservation at the University of the Arts (Camberwell College of the Arts,) London. She is a  member of the Institute of Conservation (UK) and the International Council of Museums, and a Professional Associate of the American Institute for Conservation (AIC).

Audrey Jawando has worked in the field of paper and book conservation since 2000. She has a BA in Art History from Stanford University and earned a diploma in Bookbinding from North Bennet Street School. She worked as a conservation technician and archives assistant for the Frederick Law Olmsted National Historic Site and has participated in internships at the Boston Athenaeum and at NEDCC. Her special interests include 17th–19th century decorative papers; she assisted in the cataloging and housing of the Loring Collection of Decorated Papers at Harvard’s Houghton Library. 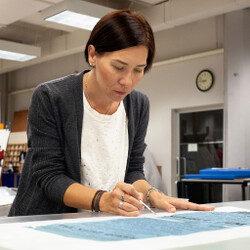 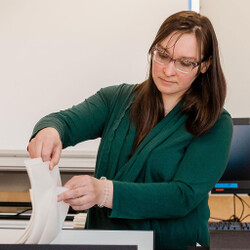 Annajean Hamel has worked in the field of conservation and museum exhibitions since 2006, including positions at the MIT Museum of Science and Technology and the Smith College Museum of Art, as well as a previous position as conservation technician and preparator at NEDCC from 2013 to 2017.  Annajean is experienced in the care and handling of fine art and significant cultural heritage collections. As Lead Preparator, she performs duties that complement the work of the Center’s conservators, including the creation of mats and mounts, all aspects of framing, assisting the registrar in handling of collection materials, and performing technician-level conservation procedures.  Annajean studied Painting and Sculpture at Massachusetts College of Art and The Art Institute of Boston.