The ability to record audio on magnetic tape in a consistent way first came on the scene in Germany in the late 1920s. It wasn’t until the late-1930s that the tapes could be mass produced and the playback devices were stable enough for general use. The quality of recordings began quite poor, but had improved dramatically by the early 1940s. However, it wasn’t until after WWII that magnetic tape recorders made it to the United States. Singer and actor Bing Crosby heavily invested in magnetic tape technologies and helped to bring the medium to broadcast radio in the United States. Magnetic tape recordings were a huge improvement over the transcription discs that had previously been used in broadcast radio: they were of better quality and easier to edit.

Soon after the introduction of magnetic tape audio recordings to the United States, the same principle was applied to video. Video signals are similar to audio signals, but have a much higher bandwidth, meaning a lot more information must be recorded in order to properly reproduce the signal. This hurdle was overcome with the invention of the spinning recording head that allowed for much more information to be recorded and read. It wasn’t until much later that further advancements and improvements were made so that the medium became compact and easy enough to handle that video was able to enter the home market.

Magnetic wire recordings actually pre-date magnetic tape recordings. They were first invented in 1898 and were meant to record dictation. Wire recording did not really catch on as a major format until the mid-1940s when technical improvements made it both better quality and more affordable. It began to be marketed not only for office use, but also for home recording. By the mid-1950s, however, magnetic tape recorders had caught up in quality and price and quickly surpassed the wire recorder in use.

Again, the recording method recalls the principles of the telephone. The electrical audio signal magnetizes the wire as it passes quickly over the recording head. The magnetized signal corresponds to the intensity and polarity of the original signal. During playback, the wire is run over the same head, but since there is no signal being supplied during playback, the changing magnetic field present on the wire reproduces the original signal.

The base materials for tape fall into one of four basic categories. These are acetate, polyester, PVC, and paper. Acetate, PVC, and paper will only be found on open reel audio. All audiotape housed in cassettes and all videotape is polyester based.

Paper-based tape is notable in look and feel and is somewhat rare to come across. The associated handling follows basic common sense regarding the sensitivities of paper-based materials and the possibility of tearing. Acetate can be identified by holding a reel of tape sideways between your eye and a light. If it is translucent then you are holding an acetate tape. If it is opaque then it is either polyester or PVC.3

When put under excessive tension, acetate tape will simply break. Acetate that has degraded and become brittle will be prone to breaking more easily. Breaks in paper and acetate tape can be easily repaired using splices, but a significant number of breaks is a sign of an issue with the tape or with the playback machine and will cause notable audio artifacts. PVC- and polyester-based tapes, when put under excessive tension, will stretch and become deformed resulting in audio artifacts, as well. For analog audio, stretching will cause audio artifacts. For analog videotapes, digital audiotapes, and digital videotapes, stretching can lead to artifacts or a total inability to retrieve a signal in the stretched portions. If the tape is visibly stretched, it can also damage the transport of the playback machine. An issue that primarily impacts polyester and PVC tapes is failure of the binder system. The most common problem that falls under this category of failure is known as  sticky shed syndrome, which results in low cohesion and high friction during transport. When the tape is put onto a machine and wound or played back, sticky residue comes off onto the transport of the machine and the increased friction in the transport causes audio distortion upon playback. Excessive winding of a tape that experiences binder system failure can lead to stretching of the tape and edge damage.

Tape, whether audio or video, analog or digital, comes in two basic forms: open reel and cassette. Open reel tape has tape wound around a hub with  flanges  on the sides, with tape ranging in width from ¼” to 2”. Audiotape is sometimes stored on a hub with no flanges attached. This is referred to as a “pancake” and requires special attention because it is particularly prone to coming unwound. 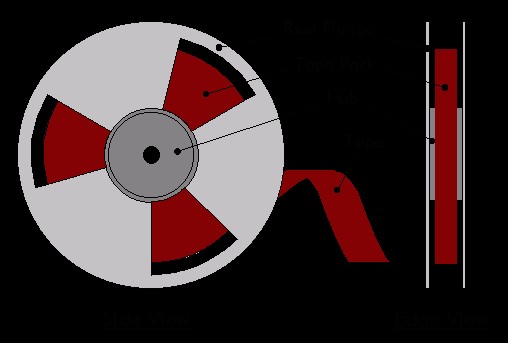 >
Diagram of a Tape Reel courtesy of CLIR’s Magnetic Tape
Storage and Handling: A Guide for Libraries and Archives:
https://www.clir.org/pubs/reports/pub54/2what_wrong/

Cassettes come in a range of sizes, typically housing tape widths from ⅛” to ¾”. There are also cartridge formats that are more blockish in appearance, but the construction is more or less the same.

Wire recordings are specific to audio and typically consist of stainless-steel wire that is between .004 and .006 inches in diameter wrapped around a spool. Spools of wire are commonly 3” in diameter and .75” wide, although these dimensions can vary depending on when and for which application the wire was made.

The wire itself does not have degradation mechanisms, as it is made of steel. The biggest risk factor to the physical state of wire recordings is becoming tangled in transport, which can lead to breakage or the need to cut out sections in order to resolve the tangle. For this reason, it is important to make sure wire recordings are played back and wound on a transport that is known to be in good working order. Adhesives from splicing are not a concern, because the process for wire recordings involves tying a square knot.

The reproduction method for magnetic tape and wire is electromagnetic, meaning that the tape or wire reproducer head in the playback machine converts the magnetic energy stored on the tape or wire to electrons or voltage which is ultimately converted back to light and sound. It is critical that there be good and precise contact between the tape/wire and the playback head in order for the magnetic energy to be properly read and converted to electrons. It is also critical that the magnetic particles containing the recorded information remain in place and do not have their magnetic state altered.

3.5 Best Practices for Storage and Handling 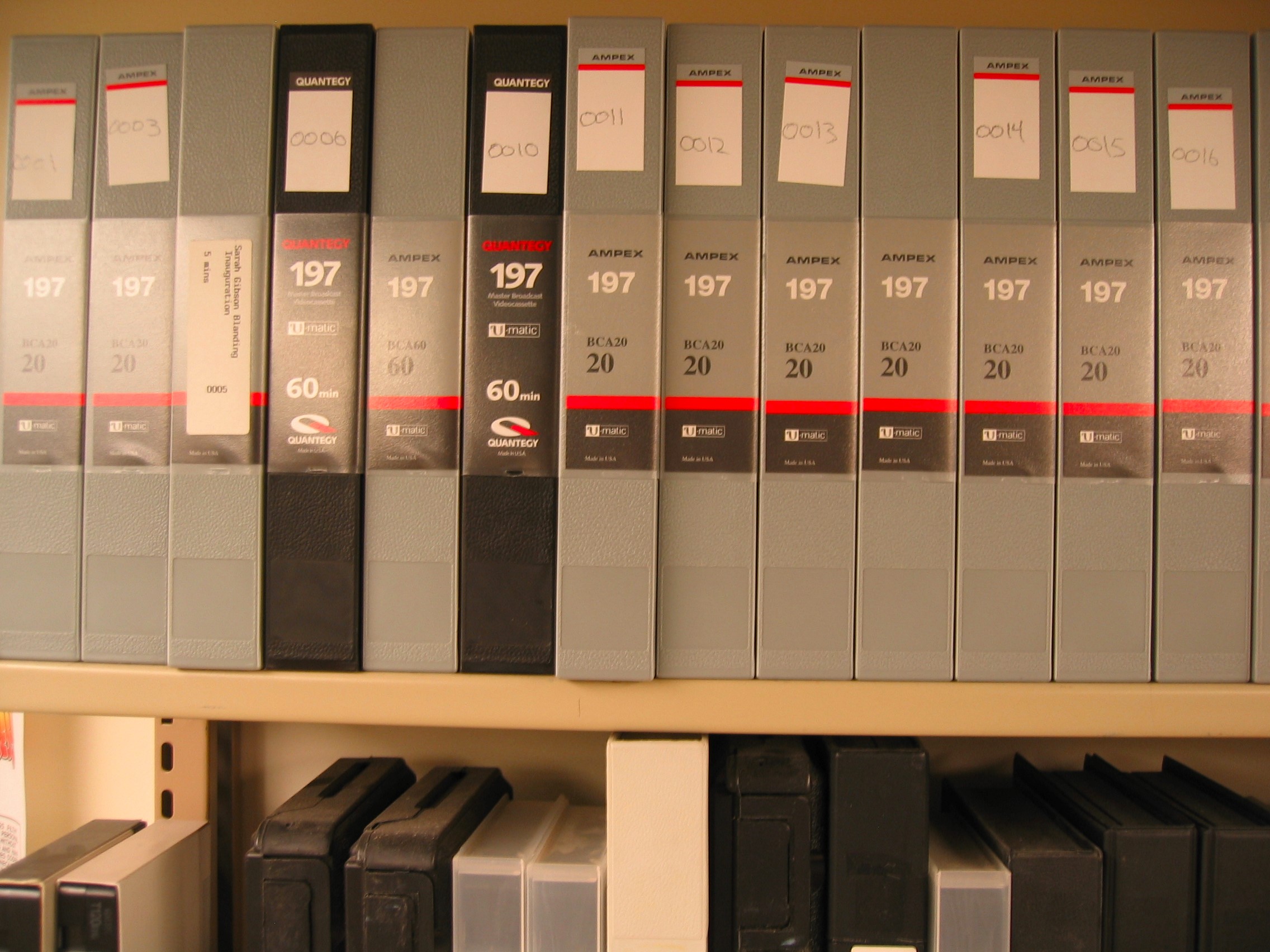