This week, testing is underway in NEDCC’s IRENE lab for the 2D capabilities of the system. The IRENE system operates two separate cameras – IRENE3D and IRENE2D.

Because the grooves on materials such as wax cylinders are cut vertically, the IRENE3D camera captures the up-and-down (“hill-and-dale”) topography through which a stylus would travel along the groove. The IRENE2D camera captures the side-to-side shape of the grooves in materials that were cut laterally, like 78’s, lacquer discs, and dictabelts, etc. In both cases, the software analyzes the images and then converts that data into sound. 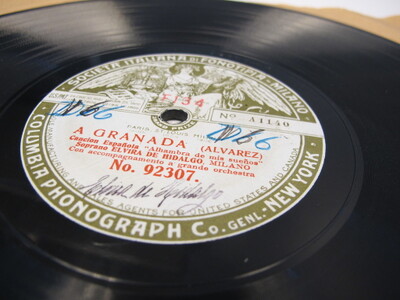 A sample 78 recording used in the IRENE/2D testing phase. 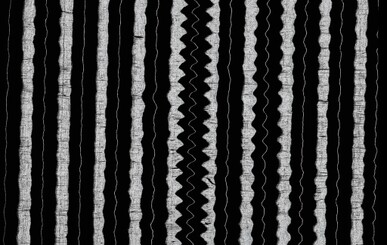 This is how IRENE sees the grooves on the 78 recording above.

NEDCC will soon be testing IRENE on damaged or broken cylinders and discs, allowing
the images to be stitched back together, and the sound recaptured.

Think of the preservation possibilities!